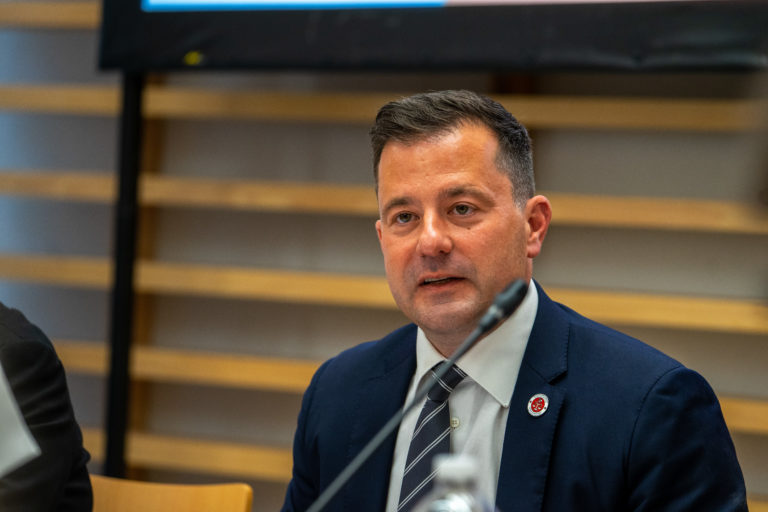 The International Institute for Justice and the Rule of Law (IIJ) is pleased to announce that its Governing Board of Administrators has appointed Steven Hill as Executive Secretary.

Mr. Hill brings a wealth of experience to the IIJ after more than 20 years of public service in support of justice and the rule of law at national and multinational levels. In his previous role, he served as the Director for Global Criminal Justice and Multilateral Affairs at the National Security Council at the White House in Washington. Prior to this role, Mr Hill served for six years as the chief legal advisor to the Secretary General of the North Atlantic Treaty Organization (NATO) in Brussels.

Mr. Hill has extensive experience in international law and cooperation at the multilateral and bilateral levels. He has previously worked as Counselor for Legal Affairs at the United States Mission to the United Nations in New York, where he represented the Government of the United States on a wide range of issues in the Security Council and General Assembly and served on the supervisory boards of several international tribunals. He also led the legal unit at the International Civilian Office, European Union Special Representative in Kosovo, where his work focused on advising and building the capacity of local authorities.

“I am looking forward to starting this new journey at the IIJ,” Mr. Hill said, “The IIJ is a unique platform that helps build the capacity of practitioners such as prosecutors, judges, and others who play essential roles in countering the evolving threats of contemporary terrorism, violent extremism and transnational crime in different regions of the world” he added.

Aside from his work as a practitioner, Mr. Hill frequently teaches, lectures, and publishes international law and national security topics. He has served on the Executive Council of the American Society of International Law as well as expert groups on a wide range of international law issues. He is a member of the New York bar.