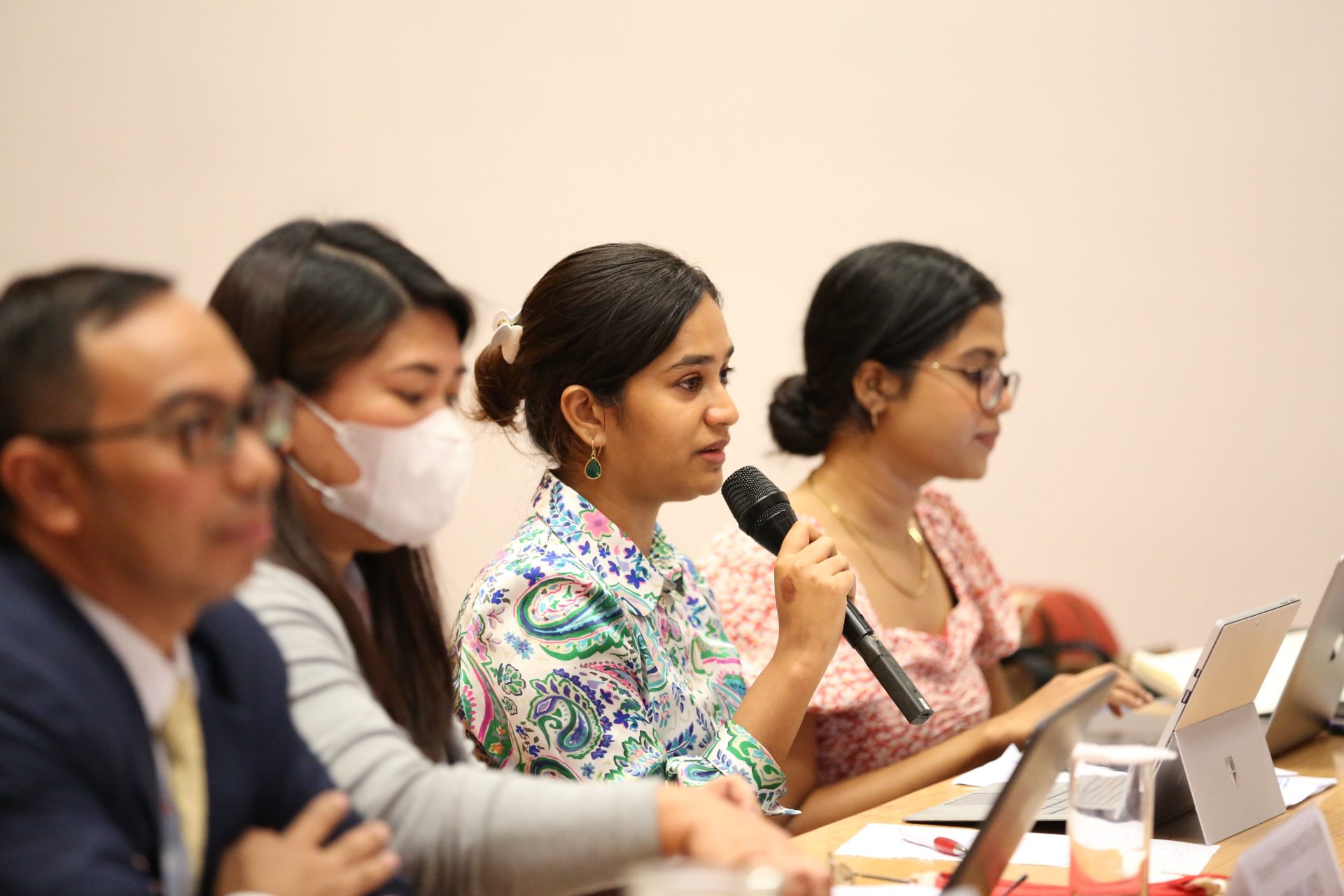 In September 2022, the IIJ Academic Unit convened its first English-language course for criminal justice practitioners from South and Southeast Asia. Based on the Academic Unit’s flagship Counter-Terrorism Academic Curriculum (CTAC) and funded by the Government of Australia, the course brought together 25 criminal justice practitioners (nine men and 16 women) from Brunei, Malaysia, Maldives, the Philippines and Thailand. This immersive, foundational course aimed at strengthening practitioners’ core skills on conducting investigations and prosecutions of terrorist crimes through:

As with previous course iterations, the CTAC uses interactive pedagogical methods through which the participants are required to solve problems and challenges which arise during the investigation of a hypothetical cross-border terrorism case. In addition to the simulated case, participants also worked through the problem-solving process by analysing a number of real-life case studies, as encountered by the international experts who contributed to the delivery of the course.

The process of active problem solving reinforces the relevant skills and good practices presented in the course materials. The problem-solving exercises allowed participants to deepen their fundamental knowledge and will facilitate the use and implementation of these new skills in their work in their national jurisdictions.

This third CTAC course welcomed practitioners who had previously worked together during the Academic Unit’s English-language eCTAC iteration on proactive investigations from February to March 2022, which was also sponsored by Australia’s DFAT. This follow-on course helped to consolidate the very dynamic network of our frontline practitioners.

Feedback on the CTAC course was positive and detailed how lessons learned during the two courses have been and could be translated into practical approaches to improve their work. For example, one public prosecutor from Maldives, Mr. Ahmed Naufal, remarked how the course is working to facilitate more South-South interaction as well as among small island states. “[I]t might be very obvious, but we have never really looked at countries in Africa or in the Caribbean to actually make legislation.” Mr. Naufal continued, noting that, thanks to the CTAC, he would begin doing so. “I think that’s something that we will be doing going forward,” he said,  “I think we have made some contacts through IIJ that we might be able to reach out to [either] prosecutors or drafters in these countries and we might be able to get some input beyond what is written in the legislation – some practical difficulties they might be facing as well—and we can make our legislation much better rather than focusing on much more developed countries. So, I think that’s something very important that we achieved during the CTAC.”