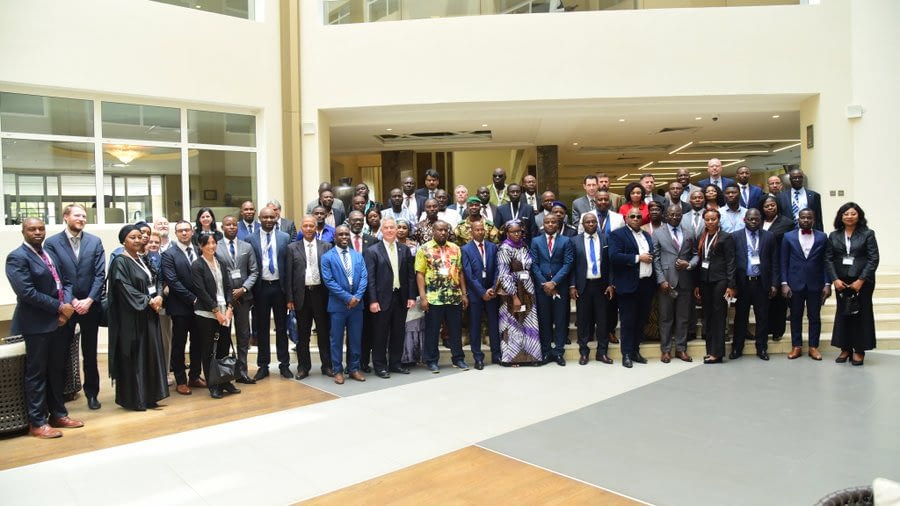 In February 2020, the IIJ convened a West Africa Workshop in Abuja under the auspices of the IIJ Battlefield Evidence Workstream. The workshop was co-hosted by the Government of Nigeria, with support from the U.S. Department of State’s Bureau of Counterterrorism and in close coordination with the United Nations Office on Drugs and Crime (UNODC) and the Counter-Terrorism Committee Executive Directorate (CTED). The workshop brought together 74 practitioners, among them judges, prosecutors, investigators, judicial police, and military officers representing 12 regional countries — Benin, Burkina Faso, Cameroon, Chad, Côte d’Ivoire, Ghana, Guinea, Mali, Mauritania, Niger, Nigeria, and Sierra Leone — as well as representatives of nine international organisations, including the G5 Sahel, the United Nations Office of Counter-Terrorism (UNOCT), United Nations Counter-Terrorism Committee Executive Directorate (UN CTED), UNODC, INTERPOL, the African Union, the Policy Centre for the New South, Geneva Centre for Security Policy (GSCP), and the Commission for International Justice and Accountability (CIJA).

In recent years, terrorist groups have proliferated and significantly increased their activities in the Sahel Region, and West Africa more generally. Despite the establishment of a number of mechanisms enhancing regional cooperation for counter-terrorism, capacity in the region continues to limit the effectiveness of existing justice institutions. The most effective way to address the security threat posed by fighters and other terrorist group members will often be prosecution or other related criminal justice actions. In this regard, information and material collected on the battlefield will often be critical to criminal justice counter-terrorism measures that are effective and compliant with rule of law and human rights.

To that end, regional countries must make advances in the collection, preservation, analysis, sharing and use of battlefield evidence in accordance with international law. The IIJ Battlefield Evidence Workstream: West Africa Workshop aimed to enhance the participating practitioners’ knowledge of the U.S.-developed Non-Binding Guiding Principles on Use of Battlefield Evidence in Civilian Criminal Proceedings (hereafter Guiding Principles) and the United Nations' Guidelines to Facilitate the Use and Admissibility as Evidence in National Criminal Courts of Information Collected, Handled, Preserved and Shared by the Military to Prosecute Terrorist Offences (hereafter Military Evidence Guidelines) and to provide practical guidance on how to implement these principles in their ongoing counter-terrorism-related work.

During the two-day capacity-building workshop, practitioners discussed the unique circumstances of battlefield evidence collection, and good practices for exploitation and analysis; examined specific examples of successes and challenges with using battlefield evidence in criminal justice proceedings in the past; and reviewed different platforms for the sharing of battlefield evidence and other uses for it beyond prosecution, including to enhance border security, further investigations, and inform intelligence-led community policing. They exchanged their own experiences in collecting, analysing, sharing, and using such material, and worked through a hypothetical case study in groups, applying and contextualising the good practices discussed. As a result, they identified shortcomings in their own national criminal justice systems’ capacity in need of improvement.

The IIJ will continue to support the implementation and operationalisation of the Guiding Principles and the UN's Military Evidence Guidelines on this critically important issue with further capacity-building work on a regional basis during 2020.