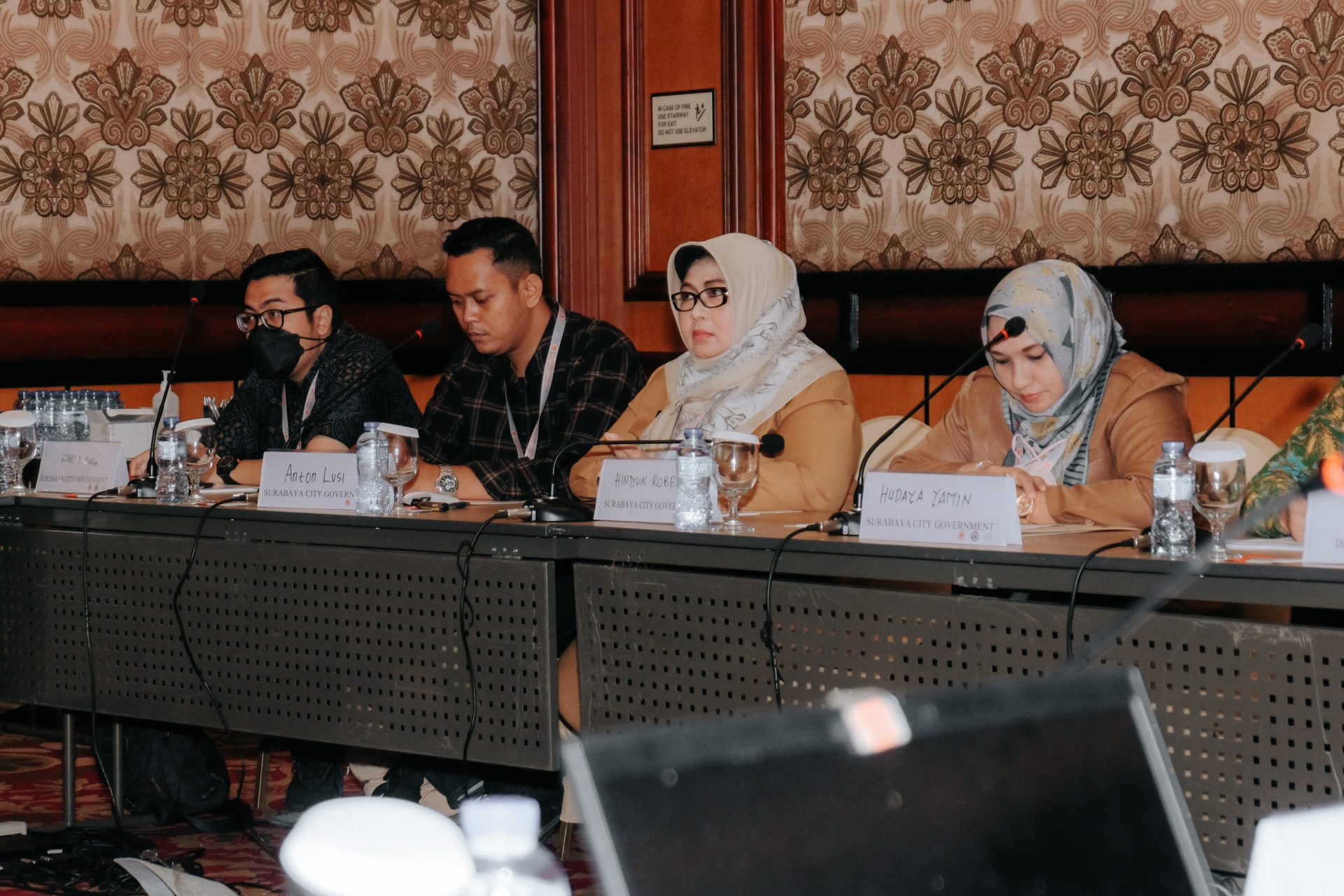 In July 2022, the IIJ in partnership with Strong Cities Network (SCN) implemented a regional workshop in Surabaya Indonesia, on 'Enhancing Prevention, Preparedness and Response to Radicalization and Terrorist Attacks in Southeast Asia'. The workshop — convened with support from the Government of the United States — gathered senior officials from local and national governments, religious, community leaders and CSOs/NGOs from Indonesia, Malaysia and the Philippines for three consecutive days of training on pre-and post-crisis management strategies.

Formulating a sensitive and cross-jurisdictional prevention, preparedness and response plan is often the biggest challenge in any successful counter-terrorism strategy. Prior to a terrorist attack, national authorities can leverage communication networks between local governments and communities to craft deradicalization strategies and work with the influence that community and religious leaders have to influence individuals prone to violent extremism. As a form of prevention, local governments also play a role in generating and gathering timely information about suspicious terrorist activity. With proper knowledge of indicators, local officials may also help assess behavioural change among members of their communities and prevent any chains of recruitment and radicalization.

In the immediate aftermath of a terrorist attack, national authorities typically take the lead in prevention and emergency responses, focusing on restoring public safety, gathering evidence and initiating criminal investigations. However, State and Local governments share the responsibility to help respond to catastrophic terrorist attacks, because the national security threat is diffuse and the challenges are intergovernmental.

Therefore, communities, no matter how resilient, require strong local leadership to help them stabilize, reassure, and tackle social division before, and in the aftermath of, an attack. National Governments, on the other hand, need local government help in gathering crucial information, sharing intelligence, developing outreach plans, and mitigating the impact of radicalization and/or terrorist attacks on vulnerable communities.

All these issues were tackled in this three-day regional workshop where participants got to meet their counterparts in breakout sessions and further discuss different countries' modus on these different central issues. For some officials, it helped put in perspective the way officials have been operating so far; and for others, it validated the work they’ve been doing for so long. One participant mentioned 'Our motivation leaving this event is to work towards a joint agreement between the countries present in this workshop, aimed at incorporating a task force handling pre-and post terrorist attack crisis-management strategies'

As such, an effective counter-terrorism strategy that requires timely and meaningful communication between all different stakeholders during the lifecycle of terrorism was dissected during this event, and further workshops centred around enhanced national-local cooperation will be a continuous programmatic focus under the AHT initiative of the IIJ in the future.