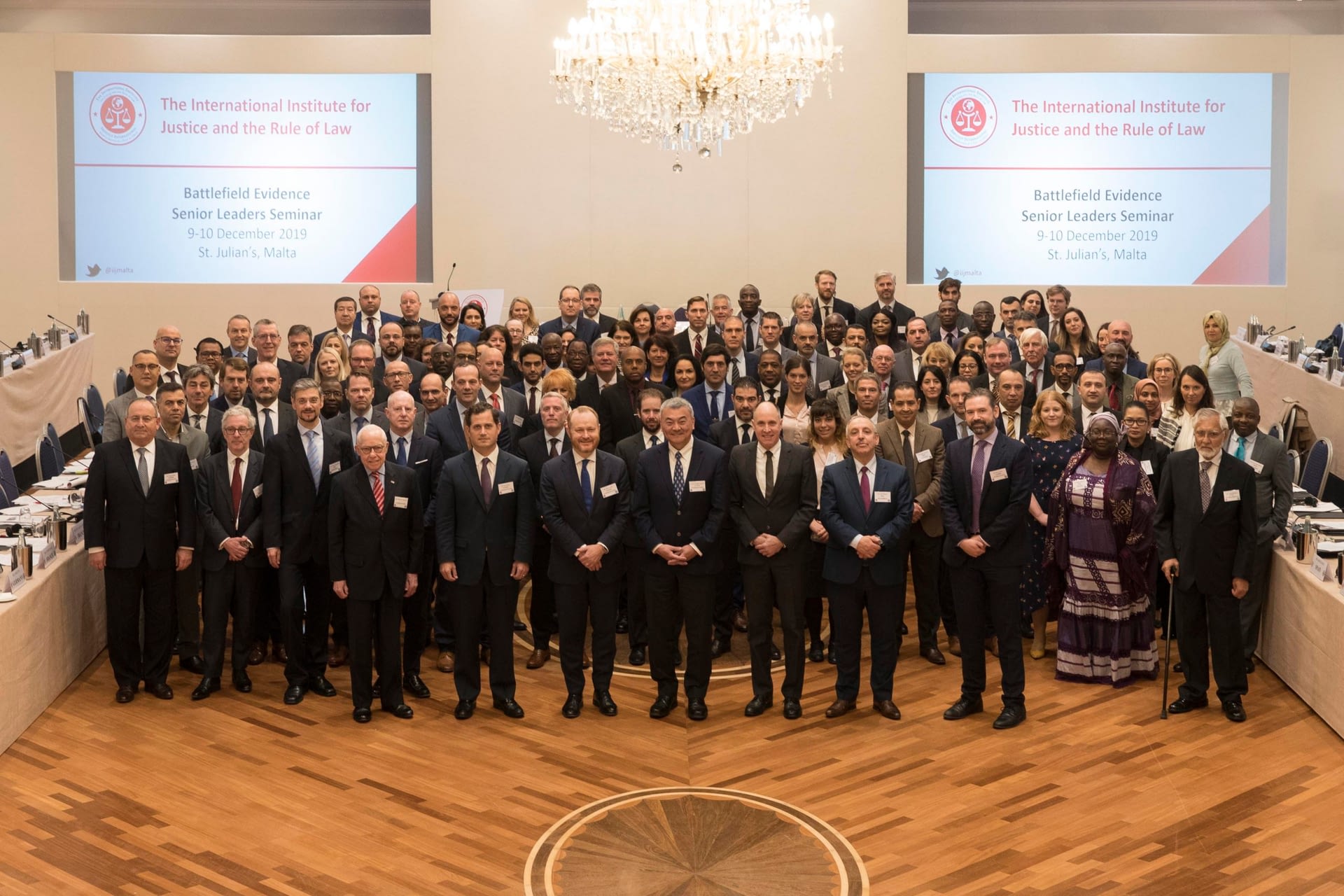 The SLS was moderated by Lieutenant General Michael K. Nagata, U.S. Army (ret.), who noted the tremendous and intensifying challenges in the handling of battlefield evidence in terrorist cases. Mr. John Godfrey, Deputy Coordinator for Counterterrorism for the U.S. Department of State, and Mr. David Burns, Principal Deputy Assistant Attorney General for the U.S. Department of Justice’s National Security Division, both delivered remarks highlighting the importance of criminal justice solutions to counter-terrorism.

During the course of the two-day Seminar, senior leaders took stock of the international community’s efforts — at the national, regional and multilateral levels — to improve the availability and use of Battlefield Evidence. Discussions were based on the U.S.-developed Non-Binding Guiding Principles on Use of Battlefield Evidence in Civilian Criminal Proceedings.

Participants examined in-depth cases exemplifying successes and challenges faced in using Battlefield Evidence, and discussed obstacles related to the collection, storage, analysis and admissibility of such evidence. Among the notable panelists was the Hon. Michael B. Mukasey, former Attorney General of the United States and Chief Judge of the United States District Court for the Southern District of New York, who participated in a remarkable panel on judicial assessment of Battlefield Evidence alongside the Hon. Abdul Rasheed Rashid, former Acting Chief Justice and Head of the Supreme Court of Afghanistan, H.E. Ms. Ivana Hrdličková, Presiding Judge of the Appeals Chamber and President of the Special Tribunal for Lebanon (STL), and H.E. Mr. Alphons Orie, Judge on the International Residual Mechanism for Criminal Tribunals (IRMCT). In a further demonstration of the currency of this topic, Dr. David Scharia, Chief of Branch for UN CTED, unveiled CTED’s new Guidelines to Facilitate the Use and Admissibility as Evidence in National Criminal Courts of Information Collected, Handled, Preserved and Shared by the Military to Prosecute Terrorist Offences (Military Evidence), another great step forward in this area.

Having assessed recent progress in and remaining challenges and obstacles to improving the availability and use of Battlefield Evidence, the decision-makers gathered for the SLS discussed where the international community can and should leverage and prioritise future efforts on this topic of urgent importance. They identified priority areas such as training and assistance on collection and storage procedures, sharing of biometric and other information internationally, and education for judges and policymakers. Senior leaders from countries including Bosnia, Kazakhstan, Kosovo and North Macedonia highlighted the value of Battlefield Evidence to holding repatriated foreign terrorist fighters accountable in court. Several delegates, including from France and from the Council of Europe, also noted that sentencing for terrorism-related offences was a related issue on which efforts at reform on the part of the international community would dove-tail with improvements in the area of Battlefield Evidence.

This Senior Leaders Seminar represented a fitting capstone to the IIJ’s work on Battlefield Evidence this year, launched at a January 2019 Global Workshop and followed by an April 2019 Judges Workshop. In 2020, the IIJ will continue its work to support implementation and operationalisation of the U.S. Guiding Principles through a series of regional capacity-building workshops, beginning with a Battlefield Evidence West Africa Workshop in in Abuja, Nigeria, in February, co-hosted by the Government of Nigeria and in close coordination with UNOCT and UN CTED.